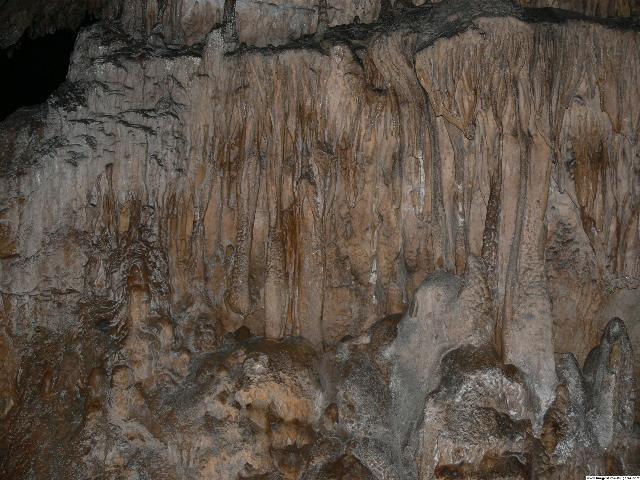 Ledenika Cave (Glacier Cave) is situated in the northwestern part of Vratsa mountain.

The first hall is the Antechmber. In winter and spring this hall is enchanting with its icy crystal decoration, which gave the name of the cave.

In the Big (Concert) Hall everything is majestic and unique. For hundreds of years nature has been chiseling the weird forms of the Crocodile, the Giant's head, the House of Baba Yaga, etc. A smal pond can be seen here, which is 0,50 m deep and whose water is magical.

The formations of the Mother-in-law's tongue, the Elephant, the Bathing Maid can be seen in the White Hall. The highest point of the cave is called “The Seventh Sky” and is accessible only for very keen tourists. The temperature in the cave varies from 7 to 15 degrees Centigrade and to 8 degrees in the ineterrior. The air humidity is 92%.

Ledenika Challet is found nearby, where one can take a rest after the walk in the realm of the icy crystals.

The Museum of History in Vratsa