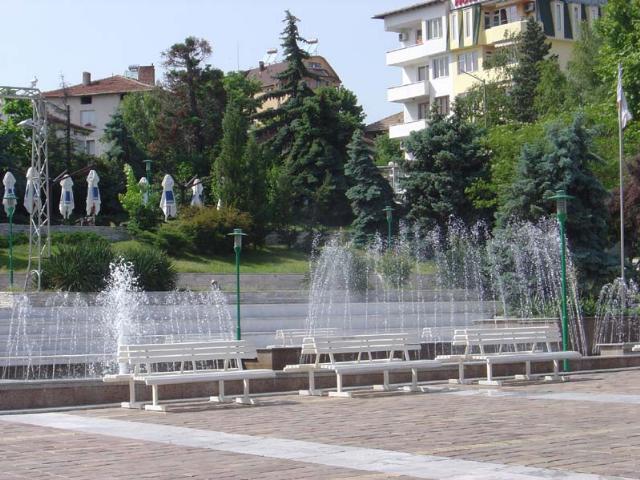 They call it The Town of the Sun. It comes from the remote past - white and sunny, jovially green and silent, as if listening to the voices of the trees of Pirin and the Bistritza river or to the light steps of those who enjoyed its fabulous scenery many centuries before us.

If we go through the preserved documents, we’ll perceive in amazement and admiration a big town with blooming culture, established in the beginning of the New Era. How it was called is still a secret. Maybe Partikopoulis, Dezodava… Attracted by the clean air and healing waters, the Thracians, who gave human history the legendary leader Spartacus, lived here, here the Romans left their traces too… Here temples and sanctuaries were built, dedicated to Dyonysos, Zeus, Hera. Later two healers – Kozma and Damyan, appeared, who used the climate and the waters and healed the ill. The Slavs named the town after the name of the church “Sveti Vrachove” (Ss. Healers), erected in memory of the national healers. After 1948 the town was renamed to Yane Sandanski, from whom it takes its name.

The good climactic conditions – Sandanski is the town with the highest average temperature in the country, have exceptionally favourable influence on the development of the agriculture. Tomatoes, peaches and grapes are grown there.

The town of Sandanski is most famous as a balneologic resort centre. The air and the beautiful scenery in this heavenly Bulgarian recess have very good healing properties.

Interesting in the region Blagoevgrad

Melnik – the Museum of History

Objects in the region Blagoevgrad