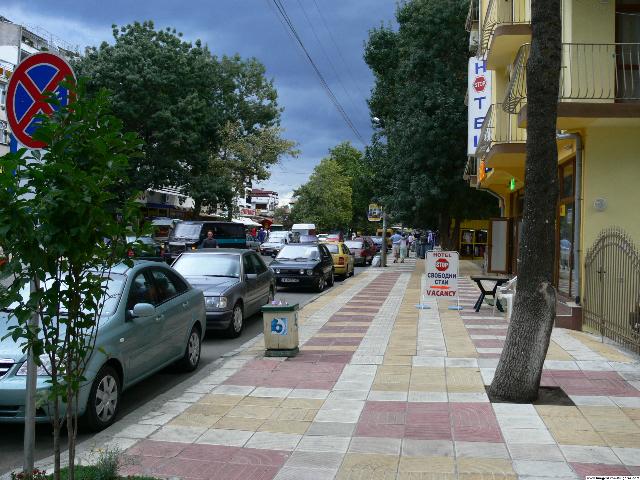 The town of Primorsko is situated on the southern Black Sea Coast, 52 km south of Burgas. The town lies on a cape between the Bay of Stamopolo and The Devil’s Bay.

It was built on the place of the ancient settlement, called Chenger and later on was renamed to Kyuprea.

It is popular with the unique combination of varied costal forms, clear sea water and azure golden beaches. The town of Primorsko connects to other towns and cities by a nice road offering a great panoramic view.

In this region are located the reserves “Ropotamo”, “Zmiyski ostrov”, “Vodni lilii” and “Arkutino”, the beautiful Dqwolsko plato and Dqvolska River.

Primorsko is an attractive resort centre for thousands of Bulgarian and foreign tourists.