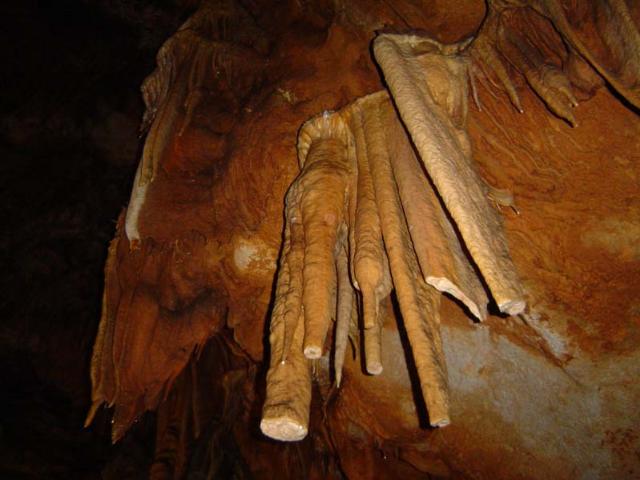 Saeva dupka Cave is located near the village of Brestnitsa, some 25 km from Teteven. The legend tells how the two brothers Sae and Seyu hid here from the Turks in the time of the Ottoman rule. The cave was named after them. Going inside, the visitors are enchanted by the beauty of the fantastic forms of the icicles. The temperature is 7-11° C all year round.

Bones of animals, pottery, and coins from the time of the Roman Empire were found in the cave. Its length is 400 m.

A gigantic stalactite resembling a stack of hay rises in the first hall. The second hall is strewn with rock pieces, some of which 3,2 m in length. The Concert hall has remarkable acoustics and many famous choirs sang here. In The Cosmos there are Karst formations resembling rockets taking off.