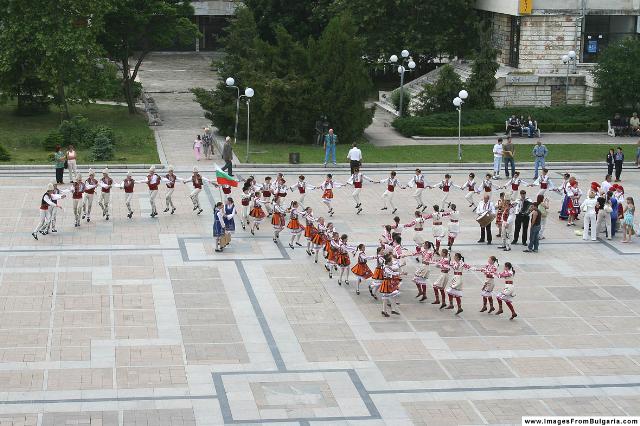 The Popovo municipality is located in the northeastern part of the Republic of Bulgaria, in the Danubian Plain (District Targovishte). The municipal center Popovo is a station on the railway line Varna-Sofia and at the crossing point of roads to Veliko Tarnovo, Byala, Ruse, Razgrad, Targovishte - Shumen, Omurtag and Antonovo. From the total territory of the municipality, 60.1 % is arable land and 22.6 % is occupied by forests. The terrain is mostly rolling plain, plateau-like, with altitude from 130 to 485 m. The climate is moderate continental.

The following were found in Popovo municipality: over 40 settlement mounds and prehistoric terraced settlements; more than 70 tumuli; over 50 ancient and medieval fortresses and remains of villages. The fertile land, the well-preserved environment, the diverse fauna and historical landmarks are evenly spread across the entire territory of the municipality. The first-rate hunting tourism facilities in the villages of Elenovo, Golyamo Gradishte and the Marinka Laka locality near the town Popovo are a major attraction for hunters from all over Europe. The development of tourism is favored by the woodlands around the villages of Goritsa, Dolets, Ivancha, Kovachevec, Palamartsa, Aprilovo. The beautiful nature along the valley of Golyamata Reka and its clean water provide excellent conditions for weekend and fishing tourism.

Interesting in the region Targovishte