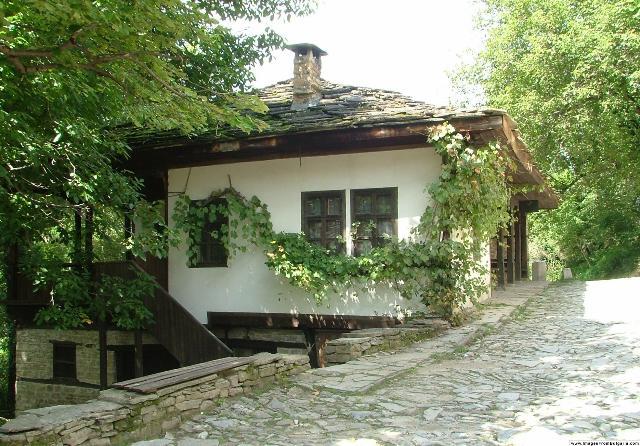 The village of Bozhentsi is located 16 km away from Gabrovo. It is one of the Bulgarian villages that has fully preserved its quaint appearance form the age of the Bulgarian Revival. In 1964 Bozhentsi and its 100 houses and 7-8 public buildings was declared an architectural and historical reserve.

The legend tells that when the capital Tarnovo was conquered by the Turks the widowed noblewoman Bozhana with her children sought shelter in the Balkan. There, in the mountainous recesses, by a cold spring and away from the enslavers, Bozhana stopped and laid the foundation stone of the settlement, which would later be named after her.

In the second half of the 18 century a rapid economic progress started in Bozhentsi. The population was occupied in trade and craftsmanship. People traded in wool, animal skins, wax, honey and the products of the handy craftsmen – blacksmiths, fur-dressers, tailors. The two- and three-stored houses, covered in ivy and wild pelargonium, represent a beautiful sight. The house of Donche the Priest is one of the most typical monuments, dated from the period of the National Revival. The three-nave Prophet Ilia church with its solid stone walls, vaults and domes was built in 1835. Its peculiarity is the slightly slanting floor in front of the altar, which is decorated with a wooden iconostasis. There is a bell tower built in the time of the Ottpman rule, with a bell which was delivered from the Russian town Tula.