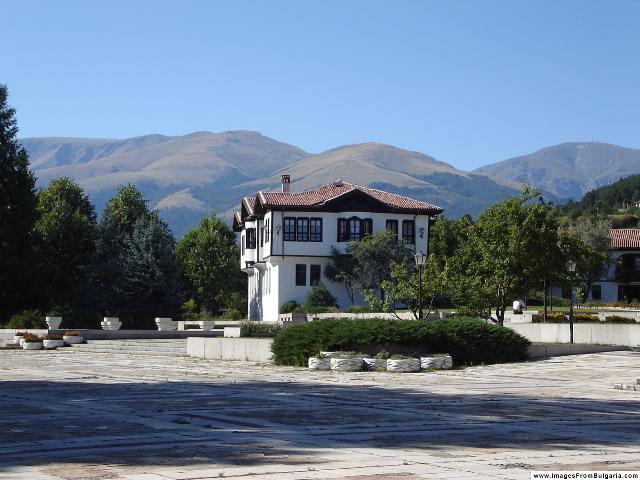 The town of Kalofer is situated in a beautiful valley at the foot of Stara Planina.

The legend tells that Kalofer was founded in the middle of the 16th century when a group of men led by Kalifer voivode attacked the Turkish caravans. As it was impossible for the Sultan to manage Kalifer voivode and his people, he was forced to let them settle in these lands on condition that they would stop attacking the caravans.

During the following centuries Kalofer grew to become a cultural and trade centre and was called “Altin” Kalofer (Golden Kalofer).
One of Bulgaria’s greatest poets – Hristo Botev, was born in Kalofer. Vasil Levski also went to school there.

Kalofer is one of the few Bulgarian towns with so many active churches, monasteries and chapels. It is also famous for a number of crafts from the Revival period, which have been preserved to date: fretwork, weaving, fuller’s trade, and mostly the unique Kalofer lace. The memorial complex of Hristo Botev is a remarkable sight.

A beautiful mountainous town, Kalofer has preserved the spirit of the Revival to date.