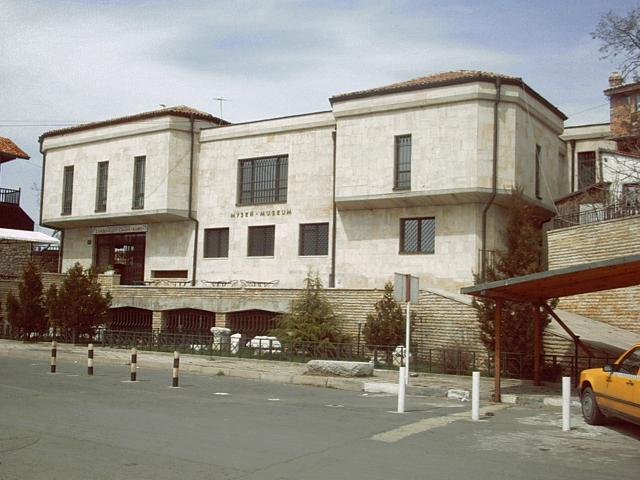 The Museum of Archaeology in Nessebar opened doors in 1994. Its exposition encompasses the foyer and four halls. Each hall displays exhibits from different stages of the development of the town. The foyer displays the UNESCO diploma, certifying the registration of the town in 1983.

Hall 1 is dedicated to Messambria and the Thracians. It displays an inscription-decree of great importance in honour of the Thracian chief Sadala from 3 c. BC.

Hall 2 houses an exposition from the period of the Hellenic colonization of the town.

Hall 3 shows Nessebar in the territory of the Roman, Byzantine and the Bulgarian state. The extensive collection of amphorae evidences the continuous trade relations between Nessebar and Constantinople. The town reached its heyday under the rule of the Bulgarian tsars – Ivan Assen ІІ, Theodor Svetoslav and Ivan Alexander.
Гласувай:
Рейтинг 5 от 1 гласа