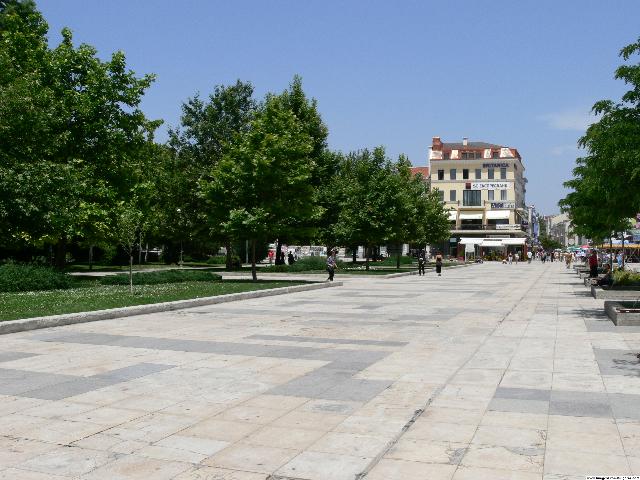 The city spreads in the flat Upper Thracian Lowland on the two banks of the Maritza river. Plovdiv is one of the oldest cities not only in Bulgaria but also in Europe. It is a contemporary of Troy and even more ancient than Rome, Athens and Constantinopol. Its history is closely related to two Thracian tribes – Bessi and Odrysi, which lived along Maritza river and in the Rhodopes. They built a fortified settlement on three hills, called Eumolpia, which means “melodious” and alludes to the mythical Thracian singer Orpheus.

As many important international road arteries, which connected the East to Europe, the Baltic Sea to the Mediterranian, the Black Sea to the Adriatic in ancient times, go nearby, Plovdiv was often subjected to conquests.

In 342 BC it was conquered by Philip II, who named it Philipopolis; after that it fell into the hands of the Romans, who called it Trimontium – city of the Three hills. In the end of the 4 c. the city became part of Byzantium. Around the middle of the 6 c. the Slavs came here and gradually changed the ethnic pattern of the whole region. The Slavs adopted the Thracian name of the city Pulpudeva, but modified it to Puldin, from where the contemporary Plovdiv originated.

In the time of the First and the Second Bulgarian Kingdom Plovdiv was extremely important in the constant fights between the Byzantine Empire and Bulgaria as a border city and changed its allegiance several times. After the Turks conquered the valley of the Maritza river in the 14 c. it turned to be in the middle of the Ottoman Empire and lost its significance as an important fortress.

The age of the Revival awoke the Bulgarian spirit. Plovdiv entered the modern Bulgarian history with its contribution to development of the national culture and the struggle for independence of the Bulgarian church. This eternal city gave birth to the creative power and inspiration of the greatest intellectuals and spiritual leaders of the nation. Each epoch left its mark on the eternal city. The multitude of wonderful houses, preserved in their original appearance and bearing the spirit of past times and masters in the Old Town Plovdiv, are a proof for that.

After the Unification, which was proclaimed here on 6 September 1885, Plovdiv remains to date an important industrial, commercial, financial, cultural and commincations centre.