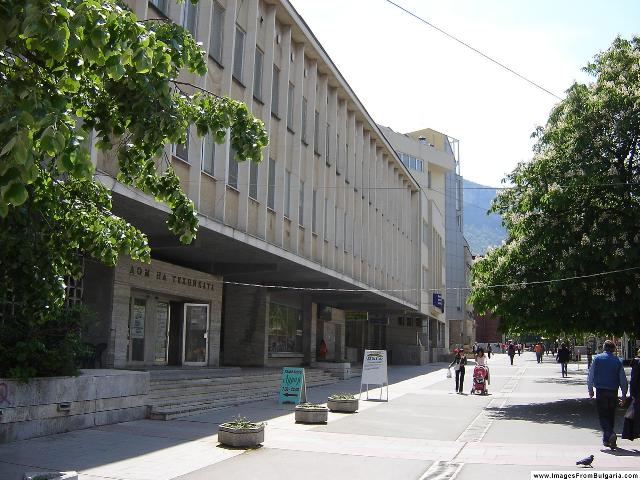 Vratsa is regional centre and the biggest town in North-western Bulgaria. During the separate historical periods the town developed as a prominent social, market and cultural centre. Traces of human activity in the area date back to the New Stone Age. The first inhabitants, the Thracian tribe tribali, developed highly the material culture, ruins of which are still to be found in the Vrachanski region.

The legend tells about Radan Voivoda, who lived in Vratitsa. When in 1396 the ottomans approached the town, he organized its defense. The town, however, had to surrender facing the superiority of numbers of the conqueror. In their embitterment the ottoman hordes totally destroyed it. Further the story tells that Radan Voivoda killed his daughter Velika, so that she does not fall alive in the hands of the conquerors. The defeaters – ottomans led by Sherif Aga, embittered by the long resistance of the local Bulgarians, ravaged all the villages in the area, burnt down Vratitsa and forced its residents to settle in the fields, northern to the pass, where the River Leva leaves the mountain. A lot of ruins of that time have been preserved.

The name Vratitsa is an older form of the diminutive for “door”. The name is expressive of the area itself, which is a narrow mountain pass that resembles a door. Here stood the Medieval fortress Vratitsa, and further beneath it the town itself. Later the area was called “Vratsata”, which is a newer pronunciation of the same noun.

In the vicinity of the town is located the national park “Vrachanski Balkan”, which offers great opportunities for walking tourism. The region has more caves than any other in the country – over 500 caves and Karst abysses. On the territory of the park is located one of the most beautiful Bulgarian caves – Ledenika. It is announced for a natural sight and a tourist attraction of international prominence. The cave impresses with its size, and during the winter astonishes the visitors with its exquisite ice decoration, hence its name. As the Big Hall has unique acoustics symphonic concerts are held there.

A preferred place for rock climbing and for carrying out national and international mountaineering competitions is the rock massif Vratsata – an impressive vertical wall /over 400 m/, where over 116 Alpine tours with difficulty level ?V have been cut. Those willing to pump up their adrenalin can jump with delta- and paraplanner from the hut “Okolchitsa” or to head to the carting, buggy and motocross tracks. More than 20 complexes have been built in the vicinity of the natural attractions of the park.
Also don’t miss the site where Hristo Botev was killed – peak Okolchitsa, only 24 km southwest of the town.

Surprises await you during the winter as well. The ski-lift facilities from the hut Parshevitsa are open, and the slopes are well maintained.
The inaccessible abysses along the banks of the River Leva and the splendid waterfall Borov kamak are combined in an Eco-pass, which is breathtakingly beautiful. On the territory of the park 4 eco-passes have been established in total. Of no lesser interest are the neighboring small mountain villages.