Monasteries and churches >> The “Assumption” monastery in Cherepish 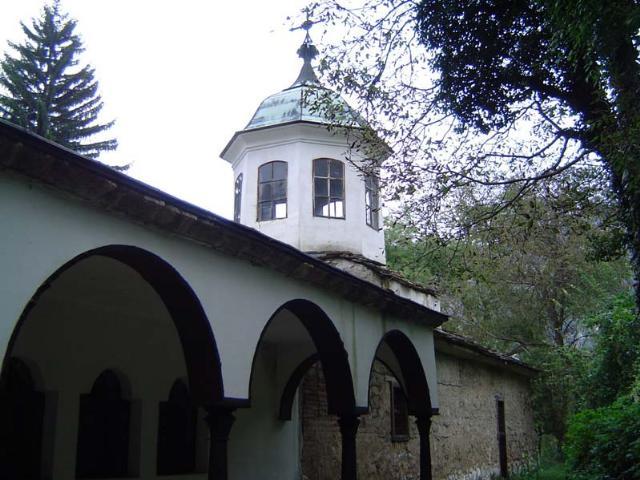 The “Assumption” monastery in Cherepish is situated 29 km from Vratsa in the Iskar Gorge. It was built during the rule of Tsar Ivan Shishman (1371-1393). In the time of the Ottoman rule, the monastery was destroyed and burned down repeatedly. It was reconstructed by Pimen of Sofia in the end of 16th c. A monastery school was established here in the years of the National Revival, and books, biographies and gospels were written and copied. The Gospel of Cherpish, bounded in 1512 with gold paperbacks and decorated with biblical scenes, is of great interest. Sofronius of Vratsa and members of the Vratsa revolutionary committee found refuge in the monastery. Ivan Vazov and Aleko Konstantinov also frequented the monastery, charmed by the beautiful nature.

Also interesting is the “St. George” church, which has preserved its original appearance from 1612 together with part of its murals and the ossuary, which is hanging from a cliff. The inside decoration of the church is remarkable. The Cherepish monastery is declared a monument of culture.