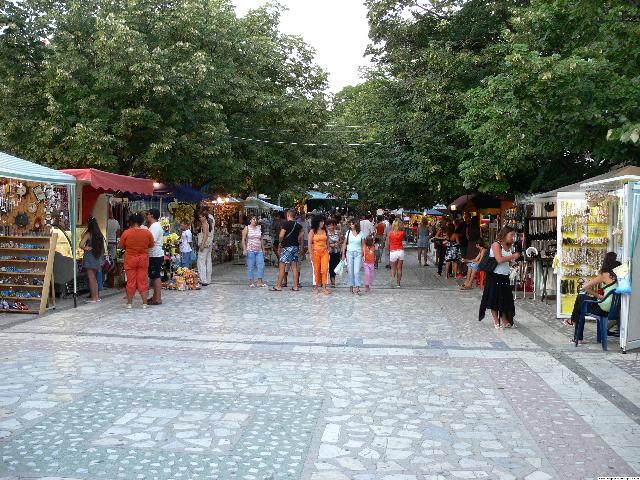 The town of Tsarevo (Vasiliko and Michurin) is situated in a small bay, 75 km south of the city of Burgas. The town lies over two peninsulas (northern and southern) and has three azure beaches. According to the historical sources the town was established by Bulgarian refugees, chased away by the Turks from the village of Bosilkovo to the Aytos Balkan, part of Eastern Balkan Mountain.

The ancient town lied on the southern part of the bay. Nowadays the neighborhoods of Tsarevo and Vasiliko are situated there.

The town is known by that name as early as the XII c., and it was mentioned for first time by the Arabic geographer Indrisi.

From the second half of XVII c. Vasiliko is on the registers of the Anhialo (district in the Ottoman Empire, called nowadays Pomorie).

Tsarevo was popular as a fishing settlement with a well developed shipbuilding, thanks to the fact that timber was easily supplied from Strandza Mountain. Through its port the town maintained close contacts with Constantinople and some ports in the Sea of Marmora, the Mediterranean and Aegean Sea.

Due to these potentialities the town developed into a cultural centre of the region. During XIX c. a Greek school was opened.

In 1913 after Tsarevo was annexed to Bulgaria, the Greeks emigrated and the region was populated by Bulgarians. Thus, in 1914 in Tsarevo were opened the First Bulgarian School and cultural club.

In 1968 the town was pronounced a sea resort. Tsarevo has three beaches and exotic camping sites – “Bulgarka” and “Nestinarka”.