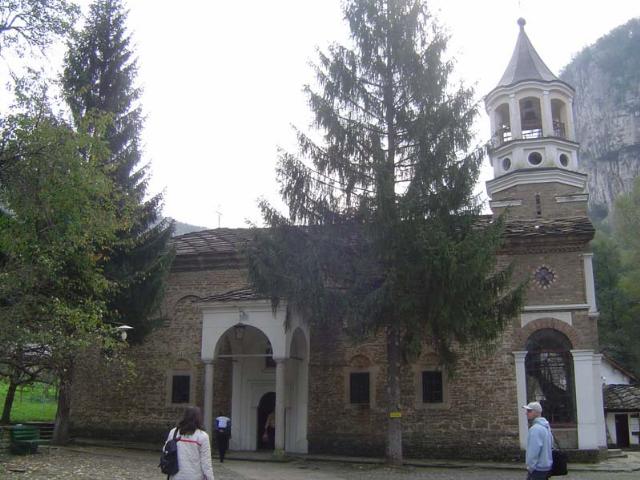 The ecclesiastical establishment was founded in the time of Tsar Kaloyan. While moving the relics of St. Mihail Voin from Potuka to the town of Tarnovo (1197-1207), the procession spent the night by the Dryanovska River, under the fortress Grada. According to the Christian custom, a monastery was erected at the sacred place.

During the April Uprising the monastery played an important role in its preparation in the First Tarnovo District. It stored food and weapons reserves. On 29 April 1876 the first revolutionary detachment in the Tarnovo region and Northern Bulgaria, led by priest Hariton, entered the monastery. Surrounded by the Turks, the revolutionaries carried on a 9-day battle and most of them died. The burnt down and ruined temple was partially restored in 1877. It had no murals but a bullet-pierced chalice and holes in the walls from the Turkish shrapnel.

The modern monastery is a national monument of culture and is enlisted as one of the ten most revered holy places of the Bulgarian Eastern Orthodox Church and is one of the favourite tourist sights.